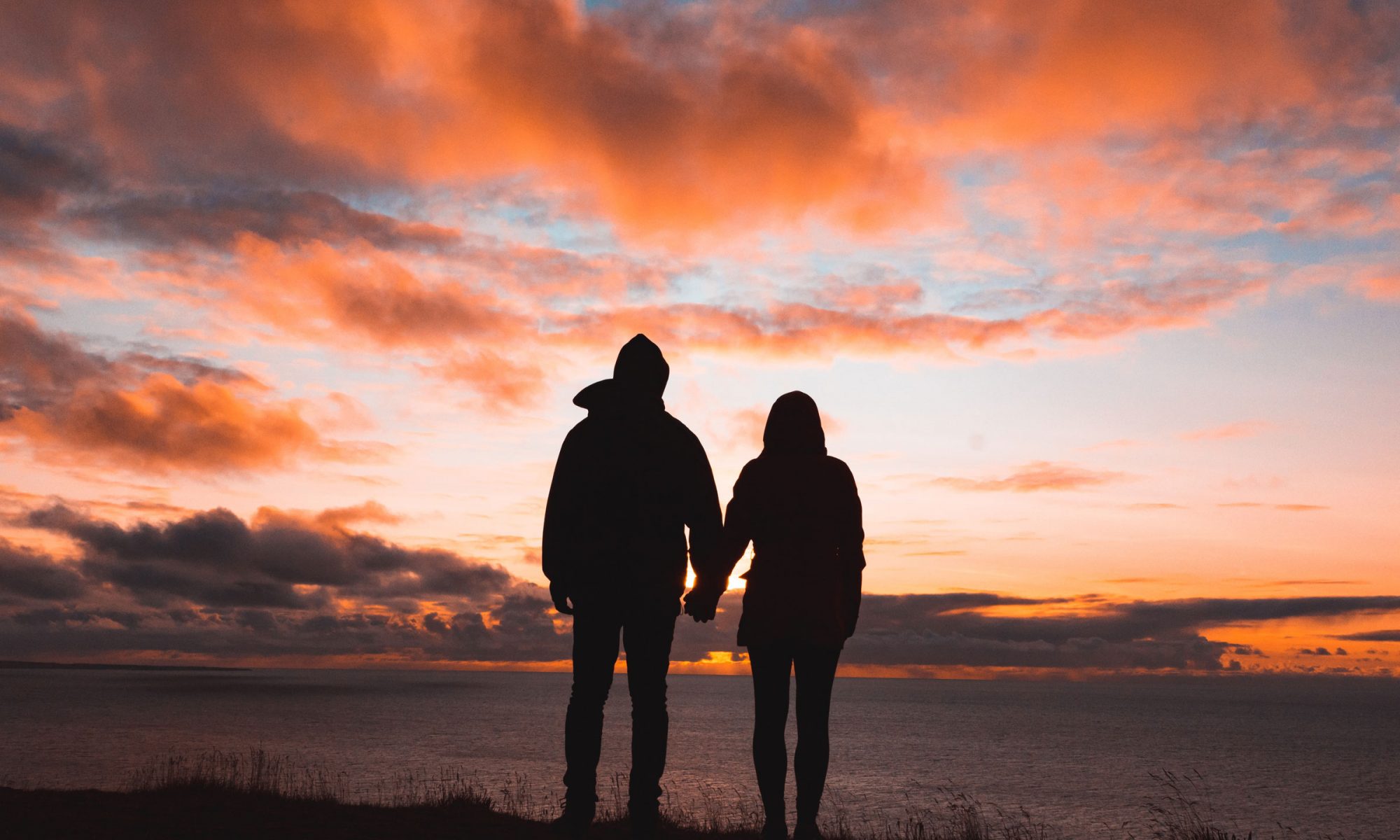 Recently, I noticed that a twitter chum had committed to a 21-Day, Complaint-Free Challenge.

I immediately tweeted him with hearty, virtual pat on the back!

This got me thinking about just how much of the content of conversations I hear each day focuses on gossip, complaining, criticizing, cynicism or otherwise filling the air (and our ears) with unnecessary, disheartening, and even downright unkind commentary.

I literally cringe when I hear, “Did you see how fat so-and-so has gotten?”; or “Can you believe that so-and-so did such-and-such with you-know-who?”; or, “I can’t believe she lets her kids wear this-that-and-the-other-thing!”.

This happens on the internet a lot, too.

For example, an e-thug is someone who takes to the internet to ramp up the charge they get from not having to look into the eyes of the person they’re flaming as they spout spiteful, righteous, mean-spirited, wrong-making polemics.

Most e-thugs wouldn’t have the kahunas to do this in person. That said, I’ll save my thoughts about cowards and bullies for another day.

Where do we draw the line between having a conversation where we mention others…and gossip?

For me, there’s just something about the intention behind the words that smells wrong when it’s gossip.

There’s a kind of gratuitous unkindness, a lack of compassion there that just hurts my heart.

I think this is because I know that, most of the time, people who routinely engage in gossip are trying to soothe or silence their own anger, insecurity, fear, pain, shame, discomfort, grudge, etc. with the spiteful, gleeful, power-trip that goes along with anonymously criticizing someone who isn’t present to defend themselves.

That said, I think we need to expect more from each other. Because I don’t know anyone who hasn’t been devastated when they discovered they had been the subject of mean-spirited gossip.

Yet, while we’ve all been there, this kind of conversational pollution is so normalized that we overlook how unnecessary and destructive it is.

I say this, of course, fully aware that I also engage in gossip sometimes – in spite of myself. And I know for certain that I’m most unconcerned about the negative impact of gossip on myself and others when I’m talking about someone I’m holding a grudge against.

So what can we do about habitual gossip-mongers? You know, the folks who aggressively defend gossip because it seems so “normal”?

While I think it would harsh to label all these folks bullies and cowards; and while I know that many of us are working really hard to ignore our own pain when we engage in gossip; I think we can take steps to transform this kind of habitual negativity into something more constructive.

In fact, I think it’s not only possible, but perhaps even necessary that we take on conversational pollution. It’s the very definition of a win-win scenario, you know?

Since I’ve already said a word or three about gossip, I want to focus my thoughts on three other types of conversational pollution: the complainers; the criticizers; and the cynics.

The complainers: Many of our friends and family move through the world reciting a never-ending litany of all the things they’re unhappy with in their lives. These stories can be about everything from jobs, relationships, or fears about the latest environmental disaster…to the weather.

However, the common denominator here is that we are often using these things as excuses to fix our vision upon the external world at the expense of our internal, authentic needs.

What does this mean?

I’m suggesting that the complaining, winging, whining, and worrying we are doing can have a profound impact on our health, our state of mind, our relationships, and our ability to cultivate peace, joy, and gratitude in our lives and in the world.

Watch me now: there has never been an authentic need to worry or complain.

There is no practical, emotional, spiritual or social ‘up side’ to endlessly rehearsing our victim stories.

Does this mean we shouldn’t talk about the things that are bothering us? Of course not!

There is an enormous difference between talking through our daily challenges with a view to resolving them as best we can; and a habitual, unconscious cataloguing of all the things that we are dissatisfied with.

This kind of talk pollutes our minds, hearts, and spirits; as well as our relationships with those people we expect to listen to our litany of grievances.

In fact, if we look closely, most of us have at least one person in our life with whom the entire basis of our relationship is complaining – about our jobs, our bodies, our finances, our relationships, etc.

This has become so normalized in North American society that it’s practically invisible to us. But if we investigate the content of our dialogues with others, it’s very possible that – if we removed the conversational pollution – we might find that we don’t have anything to say to one another!

One way – one very powerful way – to shift this right now, right away in all of our conversations is to raise our perspective on the day-to-day challenges we face.

How do we do this?

When confronted with a challenge, we can make a choice to see it as an opportunity instead of as problem.

Imagine a coworker is starting up with their daily routine of conversational pollution.

They begin slowly with a haiku about how bad the coffee is, move into a soliloquy about their workload, and finish with a full-throated, full length epic about how their current relationship may be ending (again).

Now, our culture has taught us that it’s impolite to interrupt people when they’re speaking. However, sometimes, interrupting this conversational trajectory is a very loving thing to do – both for ourselves, and for our friends. What if instead of listening politely (read: wearily), we were to summon a heartfelt, loving attitude and say,

“Excuse me, Pratiba, but it sounds like you’re really being overloaded with work. Maybe I can help you to role-play a conversation with our supervisor about adjusting your workload. If we practice a little, you might be able to find some real relief in your workday, while impressing to the boss with your clear commitment to doing excellent work so that the company can be successful”.

The criticizers: Another kind of conversational pollutant is wrong-making criticism.

Now, I really believe that constructive critique is valuable skill when employed responsibly.

Being able to see what’s missing or how things aren’t working is essential to creating evolving relationships, work environments, and societies that can reach higher and higher. However, there is a difference between observing a situation in order to take loving action in the world…and critiquing the heck out of everyone and everything around us.

Oftentimes, the criticizer professes to be content or even happy with their life. Yet they dissect other people’s lives with an eye for minutiae that would make a forensic accountant jealous!

I would argue – as a reformed criticizer myself – that those who pick apart the lives of others are, in fact, not very happy with their lot.

In order to retool over-deployed criticism into something more constructive, it’s important to note that the criticizer generally has one primary objective: to deflect attention away from their own foibles, vulnerabilities, or perceive shortcomings.

Often, they’re not even aware of this. Their edgy, analytical gear is set on autopilot. In other words, when we are stuck in criticism-mode, we are frequently trying to avoid ourselves.

Here is a question I sometimes ask myself or others when periodic critique for the greater good has been abandoned in favor of all-out, both barrels blazing nit-pickery: “Would you rather be right, or helpful?”.

Or, “Would you rather pick things apart, or be a part of putting things together again?”.

Or finally, when confronted with a very determined criticizer, “Well, Jerome, you seem to have a really clear understanding of all the things that are wrong with this situation. I’m sure you’ve also given some considerable thought to how we can make it better. I’m all ears!”.

The latter approach – when shared authentically and hopefully – opens the door to the criticizer to use their powers of observation for the greater good: by identifying solutions, opportunities for change, and practical ways to shift the situation to something more desirable. It redirects the conversation to being solution-oriented – and if we march together down that road, everybody wins!

The cynics: I just can’t say it any better than this dude:

“What passes for hip cynical transcendence of sentiment is really some kind of fear of being really human.” – David Foster Wallace

The cynic uses cynicism as a means to mask their fears about the world, other people, and themselves.

Used sparingly – like critique – cynicism can be disarming, revealing, or downright hilarious. However, we are talking about conversational pollutants that are deeply ingrained patterns, here.

In effect, chronic cynicism is just fear dressed up as intellectual superiority.

The affected ennui and uncaring or disengaged aura the cynic projects oftentimes conceals an almost-paralyzing terror that the future will be worse than the present (all you A Course in Miracles readers out there may be nodding).

Indeed, the close cousin of the cynic – Mr. or Ms. Sarcastic – inspired someone to once suggest that, “sarcasm is the lowest form of wit used only by fools to cover up their own inadequacies”. But I digress.

The cynic and his close friend, Mr. / Ms. Sarcasm, share in common the same spiritual dilemma: they are afraid to hope.

To hope that the things they love and care for deeply won’t be lost;

To hope that they are worthy and lovable, and will be treated accordingly;

To hope that they really are so much more than a clever quip or a detached-seeming sound-bite.

So, the cynic cultivates the appearance (even to themselves) that they don’t care in a pre-emptive strike against loss, heartache, disappointment, inadequacy, and above all, pain.

Know what I do with cynics? I cozy up on ’em. I turn up the volume on my love, my light, and my unswervably deep belief in their beauty and their grace – then I shine it on them until they notice they’re being loved like crazy. Rinse and repeat, as necessary.

In other words, I have found that determined love, civility, kindness, and sincerity are the best response to chronic cynicism.

Taking these kinds of approaches to transform negativity in the world around us requires thoughtful, loving action from us – they ask that we be more than passive recipients of conversational pollution.

This is because loving action begins with us: with being loving instead of simply professing to love.

Loving action is enacting the love we have within us for our friends, family, and yes, even our co-workers (it’s there, I promise you!). It means choosing to gently but persistently challenge ourselves and the people around us to look for the opportunities in day-to-day problems – instead of resigning ourselves to victimhood, worry, criticism, or hopelessness.